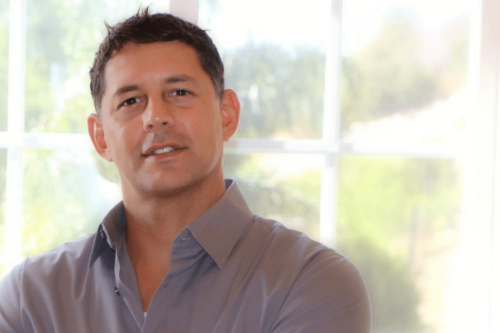 The web host you choose can make or break the success of your website business so it's worth making an effort to choose the right one.

For example one of the most important aspects of your website is a fast load time. According to Google's latest research, as page load time goes from 1s to 3s the probability of bounce increases 32%.  Furthermore, research also indicates 53% of people will leave a mobile page if it takes longer than 3 seconds to load. This is why picking the right web host is absolutely CRITICAL!

Below you will find our best PHP hosting providers, quality hosting at an affordable price. 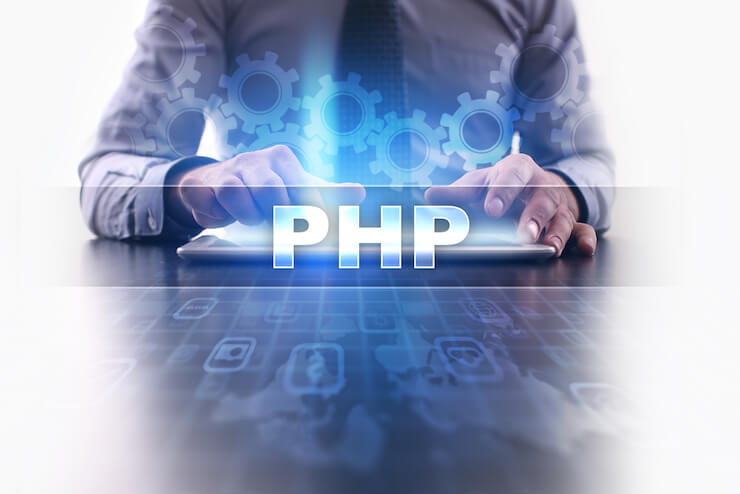 PHP is part of what gives life to the internet. The table above provides the best PHP hosting companies we could find. Below is a brief history and in-depth look at PHP today.

First created by Rasmus Lerdorf in the mid-1990s, PHP is a scripting language that transforms static websites into dynamic pages that allow visitors to have unique interactions on the site. The vast majority of sites and developers today use it, as its capabilities and versatility make it ideal for blogs, social media, eCommerce, as well as any site that wants to connect with users. Plus, it’s easy to learn and open source, making it an affordable and accessible option for developers of any skill level.

Whether you’re publishing a small eCommerce page or launching the next big thing in social media, PHP will help you make enjoyable, interactive, and dynamic pages for your visitors. And, of course, no matter what you do, choosing the best PHP web hosting program is critical for success.

The History of PHP

Given the ubiquity of PHP today, it may be surprising that such a hugely popular scripting language began as a small, one-person project in 1994.

Initially interested in tracking views to his online resume and personal site, Rasmus Lerdorf used several Common Gateway Interface (CGI) programs written in C to develop PHP/FI, or Personal Home Page/Forms Interpreter. The name morphed from ‘PHP Tools’ as the scripts expanded for use with databases and the development of dynamic web applications.

These tools proved to be quite useful for web developers, leading Lerdorf to continue building upon his creation and share the source code with other programmers in 1995. While many people added to and improved upon Lerdorf’s work, the initial functions remain in today’s incarnations of the scripting language!

PHP/FI 2 was released in 1997 with the help of a development team that formed around Lerdorf. However, as this language grew in popularity, its limit became clearer.

That same year, programmers Andi Gutmans and Zeev Suraski decided to completely rewrite the parser for PHP/FI 2 to create PHP 3 for use in an eCommerce project. It was launched in 1998 with the help of Lerdorf and closely resembles the version used today.

This new version was hugely successful, more so than the previous versions. It expanded upon the capabilities of the original, adding tons of new features. There came a point where PHP 3 was used on roughly 10% of web servers worldwide.

Gutmans and Suraski had already rewritten the parser, but now they endeavored to rewrite the core. This would better support independently developed APIs and databases, as well as increase the scope and power of the scripting language as a whole. They created the Zend Engine in 1999, which powered PHP to make PHP 4. This version lasted longer than its predecessors, maintaining security support through 2008.

Released in 2004 with Zend Engine 2.0 at its core, PHP 5 boasted a new object model and a large team of developers behind it all. Enjoying a lifespan of over a decade, this 5.x line codified PHP as a key tool for web builders across the internet. It was faster, more secure, and more powerful than past versions.

The last official security support for 5.6 ended in December of 2018 as it officially reached EOL, though many sites today still use this version as developers slowly work to adopt PHP 7.

The history of PHP does falter when it comes to the 6.x line, which began development but was scrapped due to technical and planning difficulties. After a difficult production phase, the PHP Group decided to cancel the launch of version 6, instead moving forward and releasing PHP 7.

This is the current iteration of this incredible language. This newest version features a refactored Zend Engine (now Zend Engine 3.0), which has greatly improved the speed and security of the 7.x series more than anything else. There is a full development team now behind this language, providing robust support and regular updates.

Most PHP web hosts are already equipped to handle it, but be sure to ask hosts if you’re unsure that they support it.

While theoretically a language for general use, PHP shines for building websites with dynamic applications and content.

Dynamic web content is often simple but can have a great impact on how users interact with sites, as well as the overall appearance of a web page. After a client-side request is generated by a user, the server generates a response and displays the result to them, all in real-time.

For example, a button is clicked and then that button changes color to indicate that an interaction has occurred. In other words, when a social media button changes color to show that a user is now following someone after clicking, this is a dynamic web application at work. This is in contrast to a static page, where no impact on the server is made and nothing usually changes on the client side.

Furthermore, PHP has abilities that we consider essential to any website now. This includes receiving and sending cookies, determining which configuration of a site to show a visitor depending on their screen resolution and size, as well as handling input fields for things like usernames and passwords.

PHP web hosts are abundant. People generally pair it with hosting on Linux, but it is versatile and well-known enough to work with Windows and iOS hosting as well. Because it’s open source, it shouldn’t cost anything extra to use. However, you should always check with your hosting service, just in case. When using Linux, there are plenty of free PHP hosting services available.

Because it's open source, affordable PHP hosting is the norm. Your PHP web host should also be freely available for technical support and do their part to maximize uptime so no visitor will turn away because of a crash.

If you’re looking for more on PHP hosting many of the web hosting providers above have details on their "PHP hosting" pages and can provide you with more details and background on this incredible scripting language.

PHP is an open source scripting language intended for use in web development and heavily used in PHP web hosting applications. Its claim to fame lies in its ability to execute code server-side for dynamic web applications. Files are identified by their .php extension.

The language can be used on Windows, iOS, Linux, and many other operating systems. In fact, its popularity makes it one of the most supported scripting languages on the web. Its most current incarnation is PHP 7.3.

What does PHP stand for?

In its initial incarnation, the acronym stood for ‘Personal Home Page’. This is because the creator Rasmus Lerdorf intended to use it for his own personal website. Now, it stands for ‘PHP: Hypertext Preprocessor’ – which is deliberately a recursive acronym, in case you were wondering.

There are tons of reasons to use this scripting language, but let’s break it down into the basics:

What scripts, languages, and programs you use generally depends on your specific needs. With that in mind, most everyone can and should make use of it in their sites because it’s so versatile and responsible for so many functions we may take for granted.

Choosing PHP is an easy decision. Now all that’s left is to choose the best PHP hosting program so visitors can start enjoying what you’ve built.

What is a dynamic web application?

‘Dynamic web applications’ refers to content on a page that changes with user input (think WordPress a robust CMS). Sometimes that input is merely visiting a page, as in the case of login fields that automatically populate with stored information.

These changes are actually taking place on the backend of a site, on the application server. In a web browser, user input sends a request to the server, which receives it and sends it back. This alters the site to reflect the change.

There are other ways to describe the process, but the essence of dynamic web content allows users to interact with pages in certain ways. Interaction means a greater connection with the user and a better experience with sites. On the other hand, static pages can’t receive user input and don’t modify anything.

It is indeed one of the most popular web development languages ever created. Not only is it useful, but it’s also incredibly easy to learn for novice developers.

Statistics show that almost 80% of websites use this scripting language, typically for dynamic applications and content on pages. New tools and features, both official and not, are regularly being released.

Who should learn it?

Anyone with an interested in making websites a more enjoyable experience for visitors.

PHP works on the backend of a site and is compatible with practically all operating systems and web hosting platforms. It’s excellent for sites of all sizes and enjoys a huge community of coders that are available for troubleshooting help.

Speaking of huge communities there are many overlaps between PHP developers and the WordPress community. Both communities are open source and highly engaged. Many WordPress developers are also fluent in PHP and vice versa.

This same community regularly develops tools to make the process of using the language easier. Beginners are welcome.

How do I display static HTML within a PHP script?

Part of what makes this scripting language unique is that it’s intended to be used within HTML on a page. PHP scripts can actually generate HTML, so it isn’t difficult to display static HTML. It’s as simple as inserting the code using regular HTML tags or converting the code to PHP.

Why wasn’t PHP 6 ever released?

With planning beginning in 2005, PHP 6 was initially conceived with a focus on the native support of modern Unicode standards. This would have greatly expanded the use of PHP, making it a more universal and accessible scripting language.

But for myriad reasons, version 6 with Unicode integration was scrapped. The project was incredibly technically difficult and, frankly, many people working on it lost interest because it was rather tedious to convert the enormous existing coding base.

The 6.x line was canceled, though regular development of PHP 5.6 continued. PHP 7.1 was released in 2015 – and named that way to avoid confusing the new version with the abandoned version.

Absolutely. It is quite secure when implemented properly and its popularity is a testament to the trust web developers place in it.

There are some security weaknesses, but they can be avoided through careful coding and taking the time to understand the language thoroughly. There are numerous patches available, as well as tutorials, videos, and guides describing how to avoid security instabilities specifically for web hosting.

Developers using it should also be sure to regularly adopt new updates, as they often include important security patches and bug fixes.

Can I still use previous PHP versions?

It’s still possible to use older versions that have reached their end of life stage, but developers should note there’s no support available and no security updates being made. For that reason, it’s always recommended to use the most recent versions as they are released.

PHP 7 welcomes many new features, including improved performance speed, the addition of type declarations, and enhanced error handling, among others. There are also many regular updates to the language, primarily bug fixes and security patches. The full list of additions can be found on the official PHP website.