As an experienced digital marketer (with hosting accounts on all major web hosting platforms) and someone who has worked in the web hosting industry for over a decade in both the sales and marketing aspect of the industry I'd say I have a better understanding than most people and would even venture to call myself an expert when it comes to knowing what to look for in a great web host.

Below you will find our best Windows hosting providers, quality hosting at an affordable price. 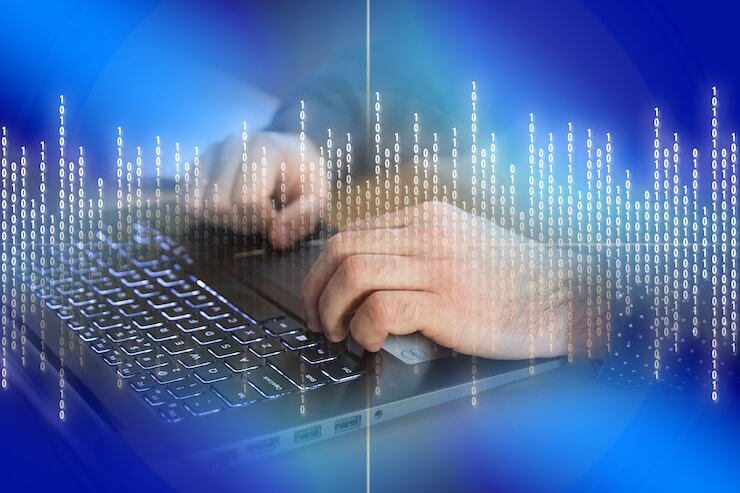 Windows and How It Relates to Web Hosting

Whether you simply want to launch your first blog site or start a new eCommerce empire, you must first find a suitable place on the web to host your website.  Windows website hosting is done through different versions of the Windows OS, jointly called the Windows Server. Windows server web hosting is great for developers who have a specific set of needs – or developers or who are just starting out.  Here, we’ll go over features, benefits, and special considerations for providers hosting Windows. We’ll also discuss how it all compares to Linux, the top hosting competitor.

Let’s break it down into the basics. As great as Windows is, there are certain restrictions when it comes to the types of programs, plugins, and scripts it allows for.  So, what can Windows work with?

And what can’t it do?

There are a lot of specialized programs that work well with this server. Even programs that aren’t well supported often have limited applications. This all means that the increased price of Windows hosting often translates to easier use, especially for those without complex technological needs.

Honestly, there’s no one best choice between the two. It all depends on your specific site needs and restrictions, as well as your individual preferences.  In general, the differences between the two come down to:

Linux is much more widely-used and tends to be cheaper, but can be hard to use for beginners – all of which are the reverse for Windows, which is pricier but more accessible.  Things like CGI, PHP, and Perl are usually relegated to Linux, but they do feature some limited support on Windows. Linux has more room for customization overall – especially with the much-beloved cPanel – but those just starting out with website building may be overwhelmed with what’s available. Windows is much simpler, especially if you’re working with Microsoft FrontPage or SharePoint Designer.  Furthermore, you’ll find some restrictions if your site has already been built. For example, if you’ve already designed your site and it uses the .NET framework, then you’ll be restricted to Windows hosting. If the service provider you’ve already chosen only uses MS Access or MSSQL for its databases, you won’t be able to choose Linux.  If technical restrictions aren’t an issue, then you’ll have to evaluate your budget, disk space, bandwidth, and security needs to determine just which host is right for you.

There are tons of options out there for Windows hosting providers, so how do you choose the right one? There are a few factors you’ll want to consider, including:

It’s also important to decide if you want a free, shared, or dedicated server plan. There are actually few free plans for Windows in general, which means the best Windows web hosting plans are going to have a fee associated.  If you’re on a budget but are concerned about security, you may want to consider a VPS. Virtual private servers (VPS) are more stable than traditional shared servers, as they offer certain guarantees for storage and other resources but require a little more work on your end. If you have a webmaster or dedicated site wizard, a Windows hosting VPS might be your best option.

What is Windows hosting?

Simply put, Windows hosting is web hosting on a Windows operating platform.  Web hosting refers to the process of publishing a website or page to the Internet. Using special devices called servers, hosts provide the technology and power needed to make a page available for the world to see.  A web hosting service plan gives you the special to hold your files and makes sure your site is always online and available for access. Some service providers will work with you one-on-one to build your site, install different plugins, and make it all look nice, and others will let you take the reins completely.

What are free, shared, and dedicated servers?

There are services out there that let you host your website for free on their server, as well as services that charge a fee. You may be asking, why not just go with the free option? Truth be told, sometimes free isn’t always better.  Free hosting is just that – free! These plans give you the bare bones of features: a domain name, disk space, bandwidth, and access to support. But the domains are subdomains (think MySite.Host.com versus simply MySite.com), storage and bandwidth are limited, and customer support usually isn’t great.  Shared Windows hosting plans tend to be quite affordable, giving you access to a custom domain name, a decent amount of storage and bandwidth, and 24/7 technical support. You’ll have fewer limits and a greater degree of customization available.  But the servers are indeed shared! That essentially means you’ll have neighbors living in the same building as your site, so you’ll face the same security and stability risks as they are.  Finally, dedicated servers are generally suited only for very large companies with similarly dedicated IT departments or have the funds to outsource all their hosting needs. There are few limits to what you can do with dedicated hosting, but the high prices are enough to deter all but the largest companies.

What is the difference between UNIX hosting and Windows hosting?

Bluntly, UNIX hosting tends to be much more stable at the expense of being much more difficult to use. If you’re new to the world of site building and hosting, there’s a steep learning curve when it comes to handling UNIX (and Linux, for that matter).  Microsoft is also increasingly able to operate the same programs that UNIX can, while the reverse isn’t true. Sites that feature MySQL or are designed for a UNIX-based server can easily be transferred to Windows, making the latter more versatile.

What is the difference between Windows and Linux for web hosting?

In the simplest terms, the differences between the two lay in the types of services they offer, not necessarily in quality or efficiency.  Windows is great for scripts and applications specific to its own operating system, like MSSQL, ASP, and the .NET framework. Linux, on the other hand, has PHP, MySQL, and lots of open source scripts from independent developers.  That being said, the world of Windows web hosting is ever-expanding. Cross-platform hosting capabilities allow it to reach into the realm of Linux. For example, though PHP is generally considered the domain of Linux, it’s now possible to install PHP on a site hosted by a Windows server.

Should I choose Linux hosting or Windows hosting?

It all depends on your individual needs and preferences. Linux hosting may be enticing because of its generally lower costs and greater popularity, but many find it quite difficult to use at first.  In general, smaller sites that don’t require a lot of configuration or high levels of security are well-suited for Windows, though the share-hosting of Linux is great for blog and eCommerce sites. Larger sites with more complex needs and a big demand for server stability do well with Linux, but big corporate websites often opt for Windows. The decision is up to you!

Absolutely! Though many associate WordPress with Linux, it can certainly be used with Windows, provided both PHP and MySQL are already installed through Plesk.

What version of Windows do web hosting providers use?

The answer to this varies from provider to provider, though all operate on the Windows Server. If you’re unsure, ask your web hosting provider directly.

Can I use cPanel on Windows hosting?

Unfortunately, cPanel is based in Linux. There was a free version of cPanel for Windows in the past, called Enkompass, but it is no longer available.  The best alternatives for cPanel, though, is Plesk or the Microsoft Web Platform Installer (Web PI), which both offer much of the same features.

Do I need to purchase Windows in order to have Windows hosting?

Thankfully, Windows hosting packages already include the license for Windows! There’s no need to make a special purchase.  On a related note, you don’t need a Microsoft computer to use Windows hosting. It can just as easily be done from a Mac operating system as anywhere else.

What are some alternatives to Windows hosting?

Linux is one of the top 10 windows hosting providers and the most commonly used alternative. Site creators love Linux because it’s cheap and they may prefer the scripts and programs.  Linux’s affordability comes from its nature as an open source platform. Hosting service providers don’t need to pay to use Linux, so they can offer lower prices. This may seem attractive on the surface (less start-up cost for you equals more profit, right?), but many select Windows in the end because it’s more accessible and offers scripts they prefer. Plus, there are plenty of cheap Windows hosting plans out there.  Other competitors include UNIX, which was discussed above, and Mac Web Hosting, which is highly limited in its capabilities.

Yes! The Apache HTTP Service most commonly runs on Linux distributions, but there are certainly many Windows options available, albeit with less support.